Established in 1977 and incorporated in 1997, the Josiah T. Walls Bar Association, Inc. (“JTWBA”) is a voluntary minority bar organization that has grown from 5 to over 30 attorneys from Alachua and surrounding counties.

At its inception, JTWBA was a social networking organization, which culminated into a support system for African American attorneys. In 2005 members decided to expand the organization by encouraging other minority attorneys to become members. JTWBA is based in Alachua County and organized under the auspices of the Florida Bar. The JTWBA includes attorneys working both in the public and private sector and practicing in various areas of the law. Membership is comprised of attorneys, law professors, judges, and law students who live or regularly practice in the Eighth, Fifth, and Third Judicial Circuits. In the spirit and legacy of Josiah T. Walls we are dedicated to promoting professional excellence, giving back to the community and mentoring future lawyers. 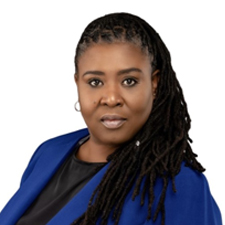 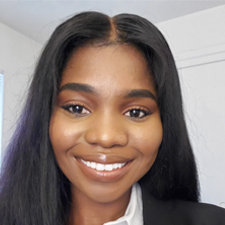 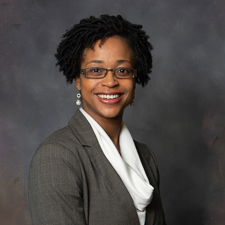 Josiah T. Walls is one of the most important historical personalities in North Central Florida’s history. He was one of the first African Americans to practice law in Alachua County, and he has the singular distinction of being Florida’s only Reconstruction Era black congressman and the leading black politician in the state during the nineteenth century.

Josiah T. Walls, Soldier
Josiah Thomas Walls was born the son of slaves in 1842 in Virginia. During the Civil War, he escaped from Confederate service and enlisted in the Union Army’s Colored Troops, ultimately being transferred to Florida. In time, Walls was promoted to first sergeant and was an artillery instructor. In 1865 Walls was honorably discharged from the army. He later married Helen Ferguson and moved to Alachua County. Walls found employment with the Cessna and Chairs lumber company, but the work did not satisfy his intellectual capabilities or strong sense of ambition. Walls soon left the company for a teaching position in Archer, Florida. Walls enjoyed his work as a teacher and the status in the community that it afforded him. He might have remained a teacher for the rest of his life if history had not intervened.

Josiah T. Walls, State Representative
Circumstances changed considerably in the South after passage of the U.S. Military Reconstruction Act of 1867. Pursuant to the Reconstruction Act new elections were to be held in each state with freed male slaves being allowed to vole. In November of 1867, Walls was elected as a delegate to the 1868 State constitutional convention representing Alachua County. Walls, a loyal member of the Republican party which dominated the political life of Florida at the time, was later elected to the executive committee for Alachua County’s Republican party. Later in quick succession, Walls was elected to the State House of Representatives, and then to the State Senate.

Josiah T. Walls, Congressman
In 1870 Walls became the nominee of the Republican party for Florida’s only seat in the U.S. House of Representatives. After a bitter contest, riddled with charges of fraud and intimidation, Josiah T. Walls defeated Silas Niblack, thus becoming Florida’s first black congressman. Although unseated near the end of his term by the House Committee on Elections, Walls had made the best of his term in office by sponsoring several measures, including a piece of legislation to establish a national education fund with money coming from public land sales. He also introduced bills for relief of private pensioners and Seminole War veterans. Walls was re-elected to Congress in 1872 and 1874. However, he was again removed from office after a forced recount.

Josiah T. Walls, Businessman/Lawyer
After leaving congress. Josiah Walls decided to concentrate on increasing his personal fortune. He purchased a 1175 acre plantation on the west edge of Paynes Prairie. In that same year he acquired the weekly newspaper The New Era, and Walls began practicing law as well. Walls was sworn into the Florida Bar by the presiding judge after going before an examination committee consisting of three Gainesville attorneys appointed by the Court. Walls partnered with two other black lawyers, Henry Harmon and William Saunders, to form a law firm based out of Gainesville. The law firm provided legal services to the black community in Alachua who could not find representation elsewhere.

Josiah T. Walls, Mayor and Farmer
In addition to his activities as a lawyer and newspaper editor, Walls remained active in local politics. Walls served at various times as mayor of Gainesville, a member of the Board of Public Instruction, and County Commissioner. A highly successful and prosperous farmer through the 1880’s, he suffered financial ruin as a result of the severe freeze of the winter of 1894-95. He moved to Tallahassee to become the farm director at Florida Normal College, now-known as Florida A&M University. While in Tallahassee, Walls did not become involved in the local political scene, instead focusing on his activities at the farm. Walls spent the last years of his life quietly with his family. He died in Tallahassee on May 15, 1905.